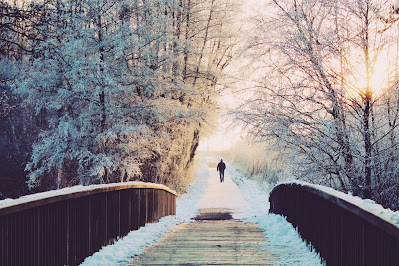 Originally shared on Medium, here.
Copy and paste text excerpts you'd like to see highlighted into the comments section and I'll highlight them.
Alternatively to reading the article, you may listen to it being read in the embedded video. This is something new I'm toying with, as I'd like to provide an alternate way to digest some of my posts. Please let me know if you like it.

Or why some depressed/bipolar folks burn bridges.

So, I feel like there’s a disconnect between those with mental disorders and “sane” people. I know, right? Well, technically, there’s a lot of disconnect. But one thing I’ve noticed is the disconnect with regard to burning bridges, cutting off contacts, dissolving relationships. Sure in some circumstances burning bridges and ending relationships isn’t the answer, and it’s just the disorder talking. I get that. But there are some circumstances where cutting ties with a person or persons is totally the right thing to do.
I’ve said it before, but as a refresher or for those who don’t know, I put off seeking help and getting a diagnosis for years. Unawares that I was only making my condition worse. By the time I started getting help, I had been going through about 5–6 years of untreated bad bipolar rapid cycling. So, needless to say, when I finally got my first diagnosis (wrongfully diagnosed chronic depression), I was pretty serious about my health. I realized how wrong I was for putting it off for years and trying to fight getting help, dismissing my symptoms as just some ADD or ADHD and easily manageable. But as I began treatment, I had already let myself slip into a pretty bad state. I was spending a lot of time in bed, though still working a 40 hours per week job. Thankfully, my schedule started at noon, otherwise, I don’t think I could have kept it.
So all that being said, there was a group of folks I was close with at that time who began treating me differently, because of my health problems. They were behaving as if I was doing wrong, or lying about my health, and I felt a certain responsibility to keep them in the loop, because I recognized how it looked. So every time they asked, I tried to share what I could, though for the better part of a year I had little to share. When I finally was able to share with them the (wrong) diagnosis of chronic depression, I was shocked to find that nothing in their behavior changed. There was no apology, there was no change in actions. And so I was back to feeling miserable, all the more, and spending a lot of time in bed. One of these individuals informed me that withdrawing from people was standard practice, and that I needed to be spending more time with them. Like that was going to fix it.
Which brings me around full circle to my point… there are times when cutting ties, burning bridges is totally acceptable. In this case, my wife and I were turning a new leaf in our marriage. I was trying to figure out how to be healthy, and treat my condition, she was trying to figure out how to be a support for that. We both could see that this group of people was not helping with the treatment, it was only making my condition worse. We even said that to some of them, it fell on deaf ears.
So, after I felt like I had done all of the work to try and keep the relationships alive, I threw my hands up and burned that bridge. My wife also agreed with the decision. And really, it boiled down to this — being around those people was not healthy, and I needed to be around people that would keep me healthy. Again, my wife agreed.
We burned that bridge and I haven’t regretted an ounce of that decision since.
It’s been years since we burned that bridge, and in that time I was diagnosed with bipolar. Did I call them up, or message them on Facebook? Nope. None of their business, and I don’t care what they think, because I found that there was a bridge and I was the only one trying to keep it up. Once I discovered they weren’t interested in keeping the bridge up, I burned it. And I’d burn it again today.
I hope someday I’ll come across some of them and their attitudes will be different. I’m even still friends with some of them on Facebook, I just try my best to ignore them. I’m a big fan of leaving communication channels open to people you’ve separated with, in the hopes they may want to reconnect someday.
Am I advocating burning bridges? Divorces? Cutting relationships in half? Not necessarily. I think I’m just stating the obvious, something that I think most of us know. There are some people who are just unhealthy to be around, a lot of times because of the stigma. And sometimes it does help to burn a bridge to find another, so you can cross it and get to a better place.
***
What about you? Have you ever had to burn a bridge or two to stay afloat? A relationship that just wasn’t healthy? Someone or a situation that was making your condition worse?
Attached is a song by Nina Persson, a name you may not recognize, but she is the lead singer of The Cardigans who were a band in the 1990s and have made a lot of great music. She has also had a solo career as well, and I’ve always loved her voice. I discovered recently that she has a song about this very thing I just talked about, it’s called Burning Bridges for Fuel. Music is amazing, and it’s always fantastic when you stumble on a song that says something you totally believe in. So, enjoy the song.
If you like reading these mental health posts, and suffer with depression/bipolar, and would like to contribute to the Bipanda Collection I welcome you. Head over to the Submissions page to learn more.
Posted by Nathan Weaver on February 22, 2021

Join me on Telegram

Pay no attention to the man behind the curtain!