Prologue of Blistering Pines, and how I killed my burnout 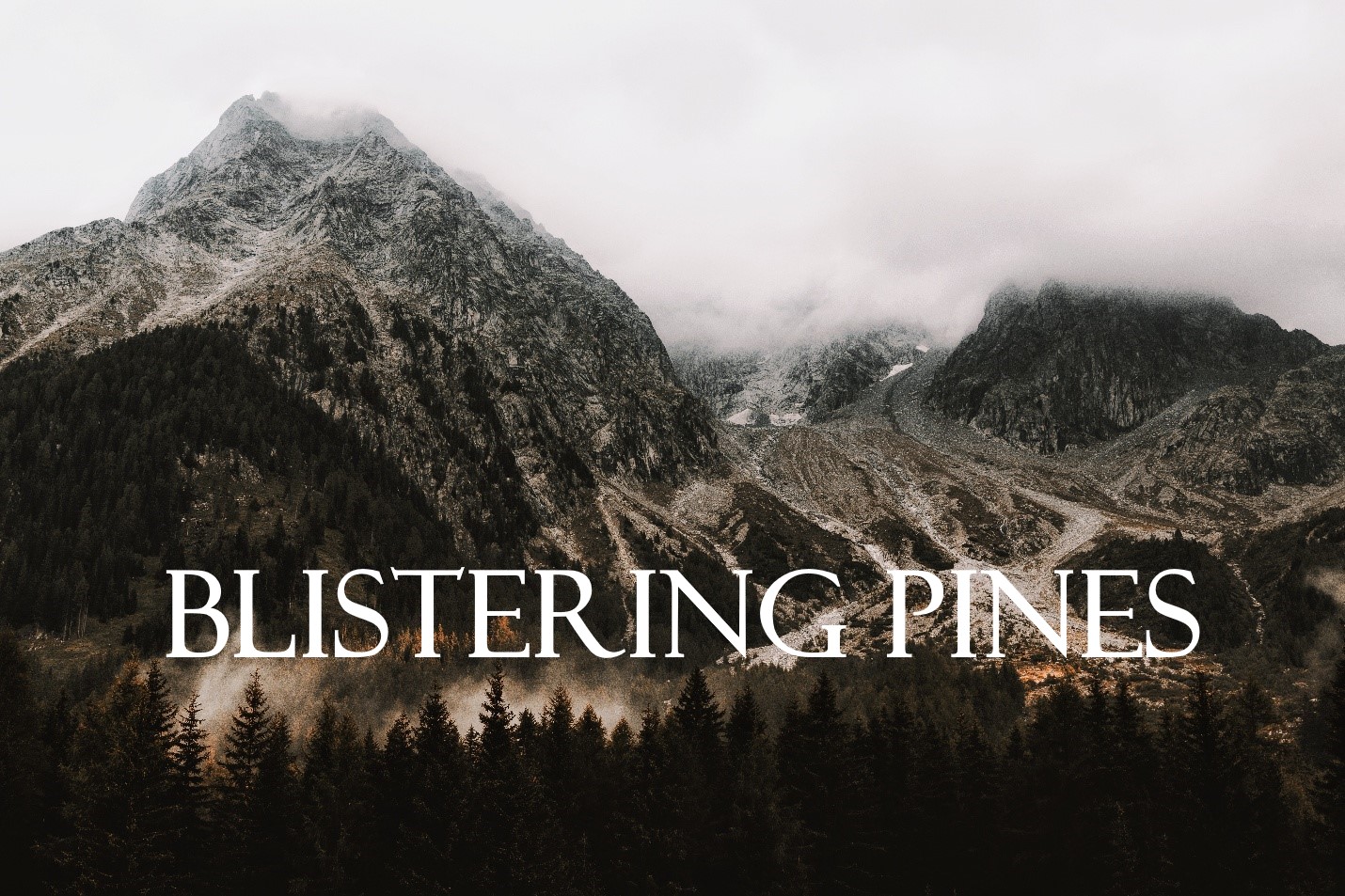 First off, if you're reading this, cool. Thanks. Last week I'd started work on a new chapter for our little horror story Night Aggressions which we've been slowly releasing at the Emerald Dragon Tales blog. But only a few paragraphs in, I could tell I was writing thin. Something was off.

I wasn't feeling it.

I tried to force it, but it felt like I was forcing it, and you know how that writing reads. So I stopped. I told myself I'd get back to it this week. Well, I still wasn't feeling it on my first work night this week, so I skipped it and did other stuff. Today, I decided to write something else to get the mojo back. So I wrote this prologue to a story that's been brewing in my head recently. I hope you like it, and appreciate it as much as I do because it allowed me to get back into the game and finish the Night Aggressions chapter I was working on.

I'm trying to peg this as a modern western. It revolves around a woman who retires from a life of violence to a tiny town in the northwest of the United States. That tiny town is Blistering Pines. Of course, in time, her peaceful retirement is interrupted. Hope you enjoy this prologue which introduces her in the world of violence she is planing to leave. Ah yes, and her name is Luna Kilroy.

Luna Kilroy stepped out of the rain and into Big Ron’s Saloon. She had been working for Big Ron for years, more than she cared to remember, doing his dirty work as a hired gun. But the last job was to be her last, and she would be enjoying an early retirement. A retirement wasn’t something many in her line of work got to enjoy, so she was satisfied to have lived as long as she had done. She pulled up to the bar, still shaken from the last job. She requested her usual drink, a draft beer. Served chilled, she took a sip and felt the muscles loosen as she began to relax herself.

She looked up and saw Big Ron in the VIP section, his banker Milwerk, spoke briefly to him and they looked her way. She tipped her beer their way and took another sip. She was ready to take her payout and be gone. She watched as Milwerk took a bank bag from Big Ron and headed back down the stairs. He had a worried look on his face. He was sweating.

Big Ron was going to screw her over, she was sure of that.

Milwerk approached her and slid the bank bag to her across the bar. “Your money,” he said but held onto it before she could take it, “But it’s not the payout. It’s just your cut for the job. Big Ron says he won’t let you go. Wants you to take the cut and stay on another six years.”

“No negotiations is what he says,” Milwerk said. His sweat built up so much he had to wipe with a handkerchief. “Don’t make this a mess, Luna, just take the cut.”

It was barely enough to cover a small house. She’d have to dig into her savings from the beginning and she didn’t like that. “I’ll take it. But I’m not coming back.”

He gave her a disapproving look and whispered her name, “Luna…”

She took the bag from his grasp and turned around. At the entrance to the saloon were several of Big Ron’s men, they were waiting for her. She stepped towards them slowly in her boots. At the last second before reaching them, she turned and headed to the bathrooms. She entered the women’s room. She could feel their gaze and presence behind her as she let the door close. She stepped up to the sink. She unbuttoned the top of her flannel shirt as was her custom just before a fight. She slid her backpack from her shoulder and tucked the bank bag into the bag and zipped it up. She slid it back over both of her shoulders.

The door opened. Three men entered. The last one stood against the door.

Without a word, Jack, the oldest of Big Ron’s crew, came down to the stall where the girls were getting high. He knocked on the door. “Out, now.”

Confused the girls came out and ran out of the bathroom, trying to hide their powdered noses. The third man locked the door behind the girls and crossed his arms.

“Is this the way it’s gonna be, Jack?” Luna asked. She looked to the second man in the room, it was Paul. They had a short-lived relationship at one time. She had called it off. Paul’s aptitude for violence continued into the bedroom, which she didn’t like. “What about you Paul? Is this how it ends?” The third man was a rookie, she couldn’t remember his name. “And don’t you wanna know you have a retirement plan? Or do you plan on doing Big Ron’s bidding until you’re in a wheelchair or dead in an alleyway?”

The rookie clapped his hands together, she looked out of instinct, but it was a distraction. Jack charged her. She saw him coming from the corner of her eye and turned just enough to catch him with an arm around his neck. She used his momentum to slam the top of his bald head against the mirror shattering the glass. He fell to the floor, shards of glass in his bald head.

Paul tore into action and took a hard right for her head. She pivoted and slapped him with her left hand. Paul was a boxer, the best in the gym. She had sparred with him several times during their relationship. She never won. But now she was fighting for her life, cornered. And she always fought her best when cornered and underestimated.

He took a quick jab, she dodged and slapped him again. He was overconfident and trying to take her out with a few blows. She had been testing him with her slaps, not sure what approach he was going to take. But now she knew. He took two quick jabs; a left, and then a right. She pulled back with each, no contact. She bounced and moved about the bathroom floor, light on her feet. He grunted and took a wide right again, but this time she blocked with her left arm. She followed through with her right and decimated his nose. It gushed blood and he stumbled on his feet. She seized the advantage and gave him to quick jabs; one to each temple. It knocked him about, he slammed against a stall door. She charged him and kicked him in the chest with the heel of her boot. She felt something cave and give way. He fell into the stall, half hanging off the toilet. He clutched his chest in pain. She had fractured his sternum.

She backed away and checked in on the rookie. He was still standing by the door, shocked at the outcome.

Jack stood up, ready for another run at Luna. But the blood was running down his face, through his eyes, and blurring his vision. She shook her head at him. He was all brawn and no brains. He came at her, arms spread wide. He was prepared to tackle her like a football player and use his brute force to crush her ribs. But she moved out of the way, pushing his arm aside. She caught him up with her leg and he went headfirst into Paul. A piece of glass cut into Paul’s eye, but also pushed back and deeper into Jack’s head. It pierced the skull and penetrated his brain. He lay atop Paul, twitching. Paul was screaming and moaning in pain.

She looked at him and shrugged her shoulders. “Why don’t I just hit you in the face, and you say you tried but I got away?”

She walked up to him, he prepared himself for the blow to the face. But she grabbed him by the side of his head and slammed it against the tile wall. It broke under the pressure and he fell to the floor, holding his bleeding head. “There,” she said, “We gotta make it believable.”
Email Post
Labels: 📚 Babylon Tales short stories western