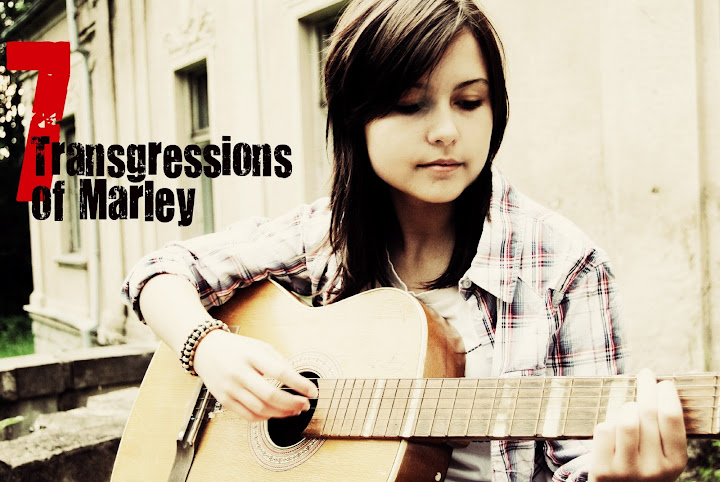 Chapter 1
Now Jon Marley had only been working at the Salvador Institute for one year, three months, two weeks, four days, nine hours, twenty-three minutes and fourteen seconds. It was his first job since graduating with his bachelors from Missouri University of Science and Technology (Missouri S&T) in 2004, and he was fairly satisfied with it. It was mostly sitting behind a desk and doing petty jobs for his boss, Mr. George Salvador. Occasionally, he accompanied him around St. Louis to jot down notes he’ll verbally toss at him or stuff others will say to Mr. Salvador—and then, he has to type the notes up back at his desk, Email a digital copy to Mr. Salvador and place a printed hard-copy into his inbox. Jon often wondered if Mr. Salvador ever looked at those notes and was constantly annoyed by having to print a hard-copy.

Really, though, Jon envied the others of his class who got to go on business trips with Mr. Salvador. Sure it was the same job, but at least in your down time you could enjoy the local food and culture on the company dime. However, an assistant to Mr. Salvador does not get that first trip until they’ve been around for at least for four years—or three and a half, if Mr. Salvador really liked him. And, Mr. Salvador wasn’t known for really liking anyone, not that he was a jerk or a hard nose—he just didn’t keep really close friends. He was all about the business.

And it was business that was taking Mr. Salvador to Chicago for one week; he was hammering out the details of a potential merger. He had just left not ten minutes prior when Jon started packing to leave for the day. It had been a long Monday; those days when Mr. Salvador is leaving for business are always long days. He doesn’t like coming back to stuff that should have been finished before he got back, so he likes to complete projects and tasks that could have been completed while he was away that last day he’s there. It’s just one of many ways that he displays his distrust in his people. Jon was tired, his coffee was wearing off and his blue suit was loosening around the edges because he was hungry. Jon wasn’t too tall, and was in pretty good shape most of the time. His medium-length, brunette hair had lost all its oil from sweating out the work of the day. The part that was once neatly defined was now being overridden by stray hairs; he ran his fingers of his left hand through them in an attempt to sort them out as he grabbed his suitcase from the floor with his right hand.

He was done with Monday when he heard Mr. Salvador’s phone ringing. He tossed what was left of his cold coffee into the trash can, splashing a little on his pale hand when he did so. He wiped it haphazardly on his suit pant, not giving it much thought. That was when the phone call for Mr. Salvador forwarded to his own phone. Jon glanced at the caller identification and recognized it as Mr. Salvador’s home number. His wife, Mrs. Emma Salvador, was notorious for calling Mr. Salvador a lot during the work day to make this decision and that decision—it was never really anything of relevance.

The phone rang a third time as Jon hesitated, but on the fourth he picked up and answered, “Hello, Salvador Industries, how may I direct your call?”

“This is Mrs. Emma Salvador,” she always felt the need to state her full name and relation, “May I speak with my husband, Mr. George Salvador?”

Jon was speaking in his customer service voice, “Oh, I’m sorry, Mrs. Salvador, but Mr. Salvador has already left for his flight.”

“Filth,” she blurted and then began to ramble and think out loud, “He was supposed to bring a chest down from the attic for me, it’s too heavy, but he forgot. How in the world am I going to get that down now that he’s gone? That’s my whole week blown…” she kept speaking, but Jon drowned her out once he realized she was asking without asking.

“Ma’am,” he interrupted, “I’m leaving work now, I could swing by and move that chest for you on my way home.”

Mrs. Salvador had the enthusiasm of a preppy school girl, “Would you?”

Jon had only been to the Salvador estate once, that was the first (and hopefully last) office Christmas party he attended. It turned out to be a long, tedious night and he vowed to have solid excuses for every year following.

That was also the first time he met Emma.

She was at least twenty years younger than Mr. Salvador, but probably closer to thirty. She was young to be his daughter, maybe even his granddaughter. Emma Salvador was the ultimate trophy wife and perfectly proportioned in every way, she looked like a supermodel. But she was all natural, too—that is, no plastic surgery required for this goddess. A dirty blond with waves that dangled over the shoulders of her tall, slender figure. In reality, she was the only thing worth remembering from that night. If only he hadn’t met her and had just ogled her from across the ballroom, this trip would be something to anticipate. But, he did meet her and she was snob. Truth is, no guy ever wants to meet the girls pinned on his wall, because the odds are they’re going to have the brain of a pea. Emma was no exception. A spoiled brat to her core.

Jon rang in at the gate from his car, “Its Jon Marley, Mrs. Salvador. I’m here to move your chest.” He kicked himself for a moment, because he sounded like the ending of a bad joke. But she didn’t respond and the gates opened. He drove up the long drive, and turned about the circle and parked in front of the entrance. When he stepped out of his cheaply purchased Ford Focus, he was surprised to not be greeted by a butler or valet or something. Even more surprising was that the front door was ajar; he slowly pushed it open a little more and stuck his head inside.

Looking about the foyer, he called out, “Mrs. Salvador?”

Faintly he heard her call back, “Come on up the stairs, Mr. Marley!”

He entered the foyer, closing the door behind him. As he walked through their overdone home, he thought about his paycheck and the supposed budget crisis the company was going through and all the talks of cutbacks and furloughs and layoffs. He thought of these things even more so as he climbed the marble staircase, and he would have continued to think on these things had it not been for the surprise at the top of the stairs.

There she stood with her hands on her hips and her feet set apart from one another. Emma Salvador was wearing nothing but lingerie, and when she spoke she did so in a seductive tone, “I want you, Marley. I want you to want me.”

It took a few seconds to get words past the lump in his throat, but when he finally did he sounded fairly firm, “Mrs. Salvador, you’re better than this. We’re both better than this. I am going to leave now and forget this ever happened, I suggest you do the same.” He turned about sharply and began to make his way back down those marble stairs at a quick pace. He wasn’t thinking of money and spending anymore, he wasn’t bitter anymore. He was scared.

“Marley…” she spoke softly from the top of the stairs.

Jon turned his hurried pace into a dash and he slipped on the last two steps, but caught himself with the ivory rail. He jumped and darted back to the foyer and out the door, slamming it behind him. He peeled out through the gates in his Focus and treated it in ways he’d never done before.

The more he drove the more he thought of what should come next. If she’s upset with him for not taking her, then maybe she’ll do something bad to him. Like maybe she would accuse him of making advances towards her or even raping her—but probably not that, it would be impossible to prove. The main thing that kept bugging him the most, though, was that he was surprised he pulled away. And the more he thought about how hard it was, the more his stomach began to churn. Finally, he pulled off the road abruptly and ran to the ditch. He fell into it when his flat-bottomed dress shoes hit the wet grass, and he regurgitated whatever was left in his system from lunch. After he finished, he rolled over in the ditch and lay on his back. A cloud burst and poured water on him, but he still stayed there in the ditch. He needed to be cleansed, he needed to breath. He needed to rest.

He got a funny look from his neighbor in the hallway as he unlocked his apartment door. His suit was now soaked in water and most likely would not survive the dry cleaning. It was most likely ruined for good. He opened the door, turned the living room light on and collapsed onto the carpet. He sat there, leaning against his wall with his head light as a feather.

It was then that he noticed his door had been jimmied. He rose to his feet and shut the door. Looking around the room he noticed nothing different, but then he turned the light off and saw light coming from his bedroom. He walked to the door and slowly pushed it open, revealing his intruder. It was Emma, and she was lying on his bed in a large fur coat that looked like maybe it could have been a polar bear at one time. She opened her coat,

“My husband won’t be home for a week.”

“I know,” he loosened his tie, “I booked his flight.”
Labels: 7 Transgressions of Marley novels

Or alternatively use my raw RSS feed for posts.