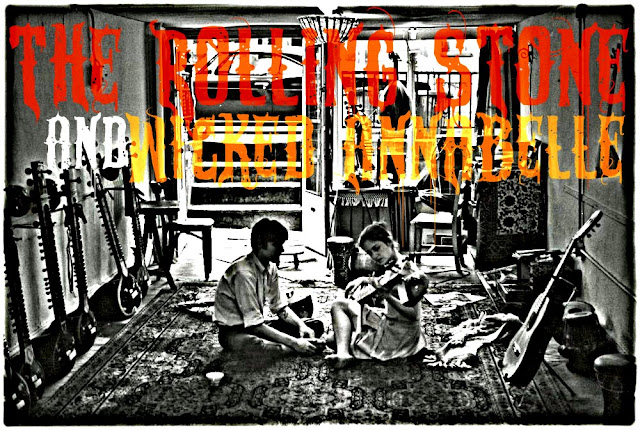 Royally Provoked
The Rolling Stone gathered moss, and this was the cause of his misfortune. Like a god giving up immortality for a love and a home, he too learned the grass indeed is greener but so soon it fades.

He walked into Babylon via the Turner overpass, the cars whizzing by him in the night. Lights beaming and blinding. It was four days since his beating and ditching for dead; two days since he had awoke. He was hurting-cruising for a bruising. He'd had the two days to try and piece it all together, it only took 19 hours. He used the rest of his time devising his vengeance.

He wore a grey suit; it was torn, ripped, sliced and diced. It was covered in blood, his blood. His once neatly starched dress shirt was dirty white, torn and half tucked. His face was decorated with cuts and bruises, dried blood-all the typical signs of a fight that was lost. His face bore a constant face of determination and justice, his brows tightly lowered over his eyes and jowls locked.

The Rolling Stone was royally provoked.

On the outskirts of Babylon lived the lowlife scum, the high class scum was further inside the limits. The first sign of life in Babylon was lowlife residential areas, a liquor store, convenient store, bank and car wash. The bank said it was three in the afternoon; it was really more like midnight. The Rolling Stone didn't know for sure how late it was, he didn't care. It was time to collect on some dues. That's all that mattered. Time itself had stopped.

He entered the convenient store; behind the counter was an Indian from the east. Not the kind of Indian the white man took land from, the kind with dots on the foreheads and in-between their eyes. The young man greeted The Rolling Stone, who grunted in his direction than shot off down an aisle towards the liquor. He reached into the cooler, holding the glass door in his hand; he gripped a beer in his hand. He liked the cold sensation against his palm.

"The money, man!" a voice shouted from behind him near the register, "DO IT!"

Great, he thought to himself in a sarcastic manner.

He came from out an aisle; a young punk teenager was shoving a gun in the Indian's face screaming and threatening, demanding money. A cold, circular touch positioned itself on the back of The Rolling Stone's skull. He knew it was a gun.

A teenage culprit whispered into his ear, "Don't budge, or I'll blow your brains out."

The other teenager turned and saw him, "Who are you?"

"Nobody, huh?" the teenager behind him mocked. The robbery was done, the money was in the bag in the teen's hand and he walked backwards toward the door.

"I'm just here for a beer," The Rolling Stone said, "Your business is your own. Stay out of mine."

"Is that so?" the teenager behind him asked. He moved around, sliding the gun across to The Rolling Stone's forehead, "You know what? I don't like you-"

"Come on, man!" the money grabbing culprit shouted from the door.

"He looks like a cop," the teenager said; he then struck The Rolling Stone across the left temple, knocking him to the ground, "I don't like him."

With that, The Rolling Stone pulled the trigger and rose to his feet. The Indian began to thank him over and over, but he simply raised the gun and put a bullet in the Indian's head. The Indian flew into the cigarettes behind him and the packs fell to the ground with him, burying him in white.

Or alternatively use my raw RSS feed for posts.